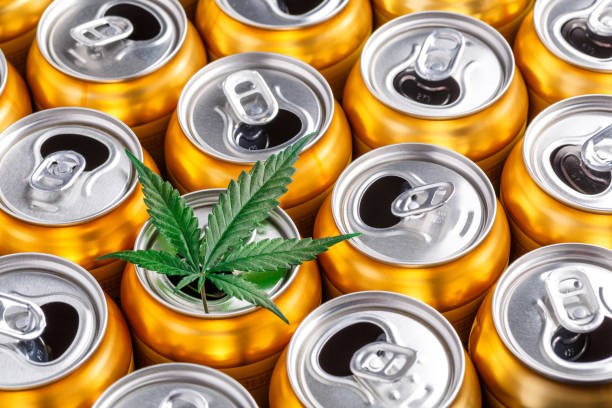 Alcohol Vs Weed: Is One Safer Than the Other?

By Cultivating Change MediaAugust 10, 2022No Comments

Home » Alcohol Vs Weed: Is One Safer Than the Other?

Cannabis has become more accessible than ever, and commoners now casually partake in its usage. People are replacing a highly addictive substande like alcohol with a docile alternative, that is cannabis, this has also given way to the cannabis beverage market boom.

How Does Drinking Alcohol Affect Your Health?

It’s a known fact that alcohol impairs thinking and coordination. It affects our brains and bodies directly. Excessive drinking can have serious health consequences, whether once or over the years. It’s always safer to drink in moderation. According to the Centers for Disease Control and Prevention (CDC), excessive drinking is classified into a variety of categories:

Drinking patterns where blood alcohol levels exceed 0.08 percent (about four drinks for women and five for men on a single occasion).

When one can’t stop drinking regardless of what happens

A person’s health and general well-being have been negatively impacted by excessive drinking. According to the CDC, excessive drinking is estimated to cost the United States $249 billion yearly. Drinking too much alcohol can lead to the following health problems:

Some people should abstain from drinking altogether. Individuals under 21 years of age, pregnant women, or women who may become pregnant in the future should avoid alcohol under all circumstances.

A growing brain can be negatively affected by underage alcohol consumption, including memory and learning problems and an increased risk of alcoholism later in life. If you drink too much during pregnancy, you’ll have a lot of birth defects, no matter what stage you’re at.

How Does Cannabis Use Affect You?

It’s far more common to drink alcohol than use cannabis. Thus, we know a lot less about cannabis’ long-term effects than we do about alcohol. Alcohol and cannabis use seems to have similarities regarding memory issues and addiction. The two also have parallels when it comes to pharmaceutical interactions. Drugs like marijuana could interfere with the liver’s ability to break down other medications, putting people at risk of dangerous doses.

Cannabis is just like alcohol when it comes to the growing brain. People under 21 who are pregnant or breastfeeding shouldn’t use cannabis.

Our knowledge of cannabis’ dangers comes from research done before legalization. In law-abiding cannabis users, cannabis risks are likely to differ from illegal cannabis users because they use it differently and/or less often. Cannabis legalization provides an advantage for research in this area due to the wide usage.

What’s The Death Rate for Marijuana Versus Alcohol?

CDC estimates that 95,000 people die from excessive drinking every year. Overconsumption of alcohol (like heart disease) leads to many of these deaths. According to the CDC, about 2,200 Americans die yearly from alcohol poisoning.

Scientists have never figured out how much cannabis may kill a person. According to experts, those volumes would be so big (pounds) that no one can possibly consume that much at once.

There have been many deaths from people with THC in their blood, like after a car crash. The consumption of cannabis has also been associated with heart attacks (even in young people without heart conditions). Cannabis may not fit for consumption for those with high blood pressure or heart disease, but research is still lacking. Although extremely rare, inadvertently ingesting cannabis by young toddlers can result in comas or chest pains.

Does Marijuana Abuse Have the Same Consequences as Alcohol Abuse?

There are several dangers associated with excessive consumption of cannabis or alcohol. It is important to practice moderation with both substances to reduce harm.

There is a possibility of liver damage or death following an acute alcohol overdose. The consumption of disproportionate amounts of alcohol can indirectly cause poor decision-making, dangerous behavior, and accidents leading to bodily harm.

Although many people have died from acute THC overdose (consuming too much cannabis), this doesn’t necessarily cause long-term health problems. In contrast, high levels of THC can cause anxiety, hallucinations, and delusional beliefs. You may have difficulty making sensible decisions when you’re in this state.

What’s The Social and Cultural Impact of Drinking Vs. Marijuana Consumption?

Cannabis is becoming more popular than alcohol among adults. Some states (but not all) have indeed seen a drop in alcohol sales after cannabis was legalized. Substituting directly is more complex for a variety of reasons.

There are a lot of cultures around the world that started drinking alcohol before they even learned how to cultivate or read. The consumption of alcohol is deep-rooted in our culture. It plays a major role in both everyday life and notable events.

This kind of social acceptance doesn’t exist for cannabis. Many individuals are still hostile to cannabis, although more and more individuals now support it. At least in part, this stigma is the result of the aggressive war on drugs, which focused primarily on cannabis risks.

In addition, secondhand smoke poses a legitimate health hazard to the public. We often incorporate alcohol into our daily lives, making it difficult to incorporate cannabis.

It may be hard to find a legal, private spot to consume cannabis in most regions, even though most states allow it in social settings. This is true for tourists who cannot use cannabis in their hotel rooms. Due to lease restrictions, medicinal marijuana patients often can’t consume cannabis at home.

Studies have shown that cannabis has greater health benefits than alcohol while presenting fewer health risks. To properly understand these risks and benefits, comprehensive studies must be conducted over a long period. Driving under the influence of either narcotic can be dangerous, impairing thinking and memory. There is a toxic effect on the developing brain from both chemicals. Pregnant women, nursing mothers, and teenagers should avoid them.

Even with the FDA approving cannabidiol, general opinions about marijuana remain mixed. Ultimately, differences between the use of marijuana and alcohol are still up for debate.

Lawyer Anne van Leynseele, a prominent Cannabis industry lawyers, is fighting for the legalization of cannabis. Her book Cultivating Crimes: The Dark Side of Legal Marijuana offers insight into the cannabis industry in the United States. She believes the marijuana war has created more chaos than peace, and strategies around marijuana need to be rethought and used more effectively to reap greater and long-term benefits.